RIP Cecil: 10 Photos of One of the Most Beautiful Lions who Ever Lived 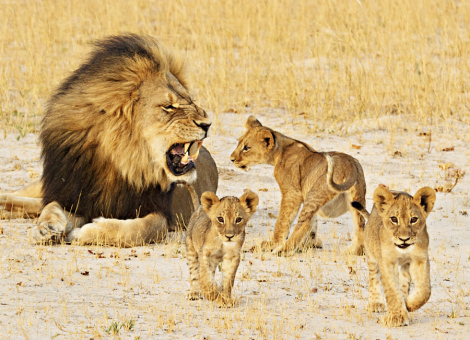 Cecil With His Cubs by Ed Hetherington

On the 1st of July, a beautiful 13 year old male lion was shot and killed in Zimbabwe. His name was Cecil.

This is not a post about the man who shot him… twice, or the guides who allegedly lured the beautiful creature out of the safety of Hwange National Park so he could be killed and then destroyed his GPS collar after skinning and beheading him.

Nor is this a post about the 40 hours Cecil survived after being shot with an arrow, fleeing his pursuers before they caught and finished him off with a rifle. You can read all about that a million places online and watch as your blood boils or try to keep the tears from welling up in…