We love sheep, and sheep farmers, and shepherds, and wool, and so on. But we cannot read this without feeling more sympathy for the wolves, at this moment:

Norway’s recent decision to destroy 70% of its tiny endangered population of wolves shocked conservationists worldwide and saw 35,000 sign a local petition. But in a region dominated by sheep farming support for the cull runs deep

Conservation groups worldwide were astonished to hear of the recent, unprecedented decision to destroy 70% of the Norway’s tiny and endangered population of 68 wolves, the biggest cull for almost a century.

In total, the government is creating marine protected areas around four islands in the Pacific and Atlantic, including the designation this week of one of the world’s biggest around the Pitcairn Islands.

A 840,000 sq km (320,000 sq mile) area around Pitcairn, where the mutineers of the Bounty settled, becomes a no-take zone for any fishing from this week. St Helena, around 445,000 sq km of the south Atlantic ocean and home to whale sharks and humpbacks, is now also designated as a protected area.

The foreign office said it would designate two further marine protection zones, one each around two south Altantic islands – Ascension by…

This 19 September 2016 video shows a kingfisher, a gadwall duck couple, two female mallard ducks, and a mute swan along a canal on Voorne island in the Netherlands.

With Deepwater Wind’s Block Island energy farm in Rhode Island completed – all five turbines of it – it’s not surprising to learn that the cost of wind power, just like that of solar, is going to decline in coming years, according to industry experts. Prachi Patel reports for Conservation Magazine:

Wind energy is soaring around the world thanks to technology advances and energy policies that have reduced its cost. And things are only going to get better with prices dropping substantially by mid-century, according to a survey of 163 of the world’s leading wind energy experts. The results, published in the journal Nature Energy, suggest that the cost of electricity from wind could drop by 24–30 percent by 2030 relative to 2014 prices, and by 35–41 percent by 2050.

The key driver of this price drop? Bigger, more efficient turbines, according to the experts. Taller turbines with larger…

Spider monkey encounters are commonplace at Chan Chich Lodge. Whether it be during an early morning bird walk or a late afternoon read on the porch futon, spider monkeys will likely make their swinging appearance from the tree top branches at some point during the day. They are curious, but daring creatures that will have no shame in shaking up a couple of branches above your head and letting fruits fall on you if they feel threatened (an inexplicable reaction in my mind when I humbly walk through the trails hoping to catch sight of a Tody Motmot).

Having been in Belize for over a month, I have several memorable anecdotes to share about spider monkeys, but I will share two that I believe encapsulate the magnificence of these intelligent creatures.

Read story at A Quadruple Take on the Giraffe: There are Four Species, Not One – The New York Times

Autumn has rolled into the village with more than a hint of summer in the weather but not enough to prevent the last twittering house martins from flying off to the coast. Other voices replace them however and mornings and most evenings now begin and end with robins starting to proclaim their patches after a quiet summer  of moulting. Most evening also bring the villages tawny owls out to do some early territorial and breeding calls. Perhaps the most obvious replacement for flocks of twittering martins is the quite sizeable charms of tinkling goldfinches which have appeared in the last week or so.

Everyones favourite the Goldfinch Credit: GemElle Photography – struggling to keep up via Compfightcc

Red Warrior Camp in southern North Dakota was set up to back the Standing Rock Sioux Nation’s fight against an oil pipeline, and has swelled as thousands show up in support. (Trevor Brine/CBC)

They’re opposed to the Dakota Access Pipeline, a multimillion-dollar project that’s supposed to transport light sweet crude oil from the Bakken oilfield near the Canadian border to Illinois. 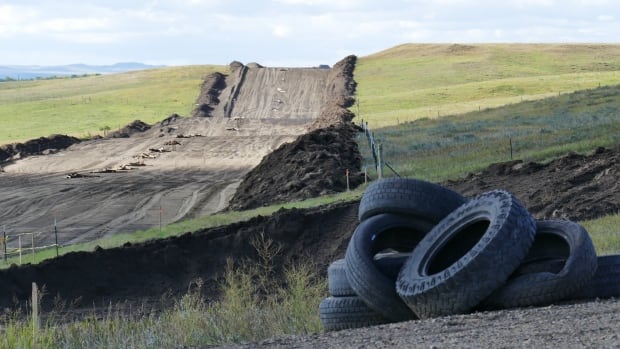 An area cleared for the Dakota Access Pipeline can be seen from the side of Highway 6, south of Bismarck, N.D. (Trevor Brine/CBC)

Tribal leaders and their supporters fear a…

This 8 September 2016 video is about the Eurasian nuthatch. These birds live in Europe, Asia and Morocco in Africa.