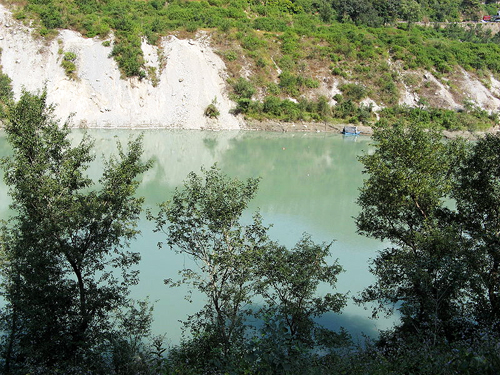 RARE SPECIES SIGHTING: In exciting news for dolphin lovers and wildlife enthusiasts, the officials of Harike Wildlife Sanctuary in Punjab reported spotting 12 Indus dolphins (Platanista gangetica minor) in a single sighting. This is the first time that a complete pod of the endangered dolphin species has been sighted near the sanctuary, which lies about 60 km from Amritsar.

Speaking to the press about the incident, divisional forest officer, M. Sudhagar, informed that the officials spotted a dozen Indus freshwater dolphins in three groups.

“With this single sighting, we can estimate that the number of dolphins could be around two dozen in and around the sanctuary,” he added.

Indus Dolphins Amongst Most Endangered Species

The Indus dolphin is one of the world’s rarest mammals, and is listed as the most endangered cetacean. With the construction of dams on the Indus, the population of these endangered species have drastically declined, with only 1,100 of them in existence today. These dolphins are found only in the Indus River in Pakistan, with a few rare sightings in the Sutlej and Beas tributaries in India.

The first official sighting of these dolphins in India occurred about six years ago, when officials of the Harike Wildlife Sanctuary spotted a pair of the freshwater Indus dolphins at the confluence of Sutlej and Beas Rivers in the country. Following widespread news of these rare sightings, government announced the launch of a dolphin conservation project and promised to develop the area as a major tourist hotspot. However, none of these promises have materialized till date.

A plan had been chalked out to acquire some rented accommodation in order to develop Karmowal village as a tourist destination, but the project was never taken up.

River dolphins are found in some of the world’s mightiest rivers, including the Indus, Ganges, Yangtse, and the Amazon. However, according to research conducted by Mohd. Shahnawaz Khan, and published in June 2013 issue of Current Science, being found in the world’s most densely populated human environments makes river dolphins among the most threatened mammals. Further, their ecological requirements link them to food and water security issues in South Asia.

Main causes for decline in Asian species of dolphins are human perturbations and anthropogenic disturbances.

Indus River dolphin, locally called ‘bhulan’, is endemic to the Indus River system and considered as the second most threatened river dolphin after Baiji Dolphin (Baiji Lipotes vexillifer) of China which was last sighted in 2002 and is believed to be ‘functionally extinct’.

The problems the Indus river dolphins faces according to Khan include,

These river basins are home to over 15 percent of global population, and comprise some of the most densely populated and poorest areas on the planet. In order to save the dolphins and their habitat, the dependency of the locals for the water, fisheries etc. has to be reduced. It is also important to understand the ecology and distribution of the animals, which up to some extent is ongoing due to efforts of conservation organisations.

The sighting of 12 dolphins in Punjab though is a good sign indicating that the river dolphins still find Indian waters safe enough to call it home.

Rohit Daniel is freelance writer, photographer and an educator. He is an avid nature lover and enjoys travelling. He believes that animals have an equal right to our planet, and without wildlife this world would be an empty and meaningless piece of dirt floating in space.