The Himalayas are home to many many a Unique Species of Fauna, one of which is the Realistic Yak and the other the Mythical Yeti.

Lovely Green Meadows near the Tsomgo Lake ( do see a previous blog titled LAKE OF SNOW)  in Sikkim, India are grazing grounds and home to the large and furry Yaks( Scientific name Bos grunniens). 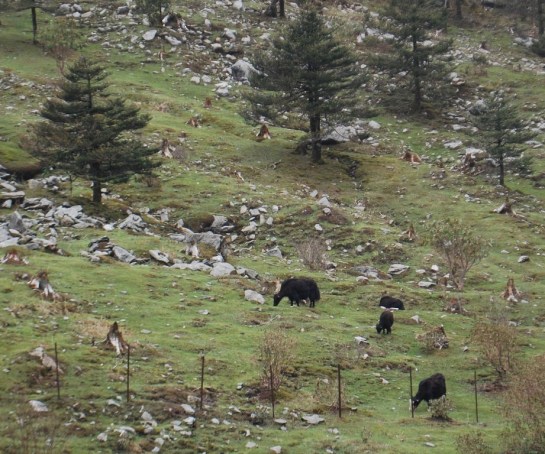 Yaks are native to this region  and can be seen only at high altitudes above 3500 metres in the Himalayas in India.

A large number of Yaks are heavily decorated and domesticated. While many like to ride these Majestic Himalayan Bovids around  the Tsongo Lake , I am personally against riding these animals.

The unpredictable mist envelops all including the Yak and his chaperon.

I was lucky to spot this majestic Yak ( I think he is Mr. Yak) having…