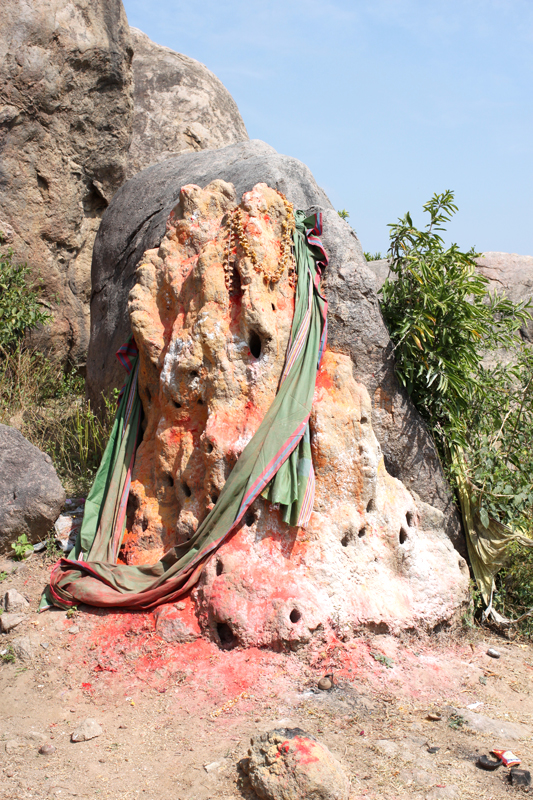 Going up a dirt pathway from the road, one comes to a sacred ant hill.

The tall ant hill looks a bit like a yellow rock with many shapes and indentations. Inside it termites live, called white ants. One doesn’t see any of the white ants, only the mound itself, and cloths that have been tied, with reverence, around it. Inside cobras live too, who come and go as they please – the cobras also are not visible, but they are sacred – invisible presences of the earth.

This particular sacred ant hill represents Ponni Amman, the Rice Goddess. Her worship here at this site is very ancient going way back before any of the nearby temples were carved into the rocks in the eighth century during the time of the early Pallava kings. It’s unclear how long the sacred anthill has been here, perhaps for…