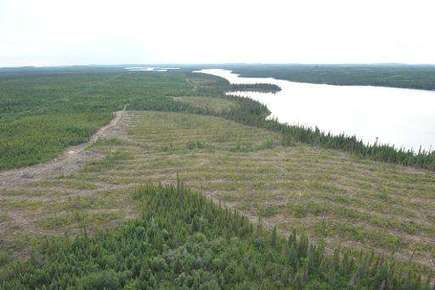 Mandy Gull holds back tears as she steps off the helicopter in northern Quebec. “I’ve never seen anything so sad,” says the young woman whose aboriginal tribe is seeing its ancestral lands eroded by logging.

“If my grandfather knew,” says the deputy leader of the Cree tribe, one of 11 indigenous ethnic groups present in Quebec.

The flyover of the Boreal forest, pockmarked by clear-cuts, both saddens her and toughens her resolve to end deforestation in the region.

“We don’t own this land… as Cree, we know that we’re stewards of the land, (and) we’re here to protect the land,” she said.  Sourced through Scoop.it from: phys.org

GR:  Faced by rapacious loggers and their government representatives, defenders of the forests have many roadblocks to success, not the smallest being personal danger of injury and incarceration.