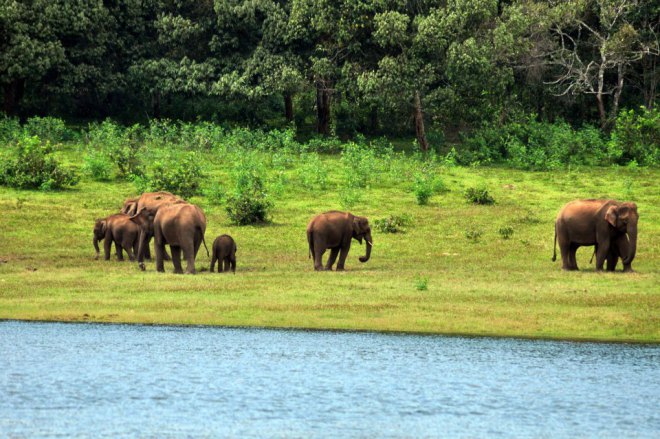 A herd of elephants by the river at Periyar Tiger Reserve, Thekkady, India. PHOTO: Rosanna Abrachan

Predation of elephants has increased in recent years, with as many as 100,000 African elephants being killed between 2010 and 2012, according to an elephant researcher at Colorado State University. Nearly 60 percent of Tanzania’s elephant population has been wiped out in the past six years, the report indicated. Increased demand in Asia, where a single tusk can fetch up to $200,000, has fueled the increase in poaching. August 12 marked the fourth annual World Elephant Day, a day to “bring attention to the urgent plight of Asian and African elephants,” according to a Web site about the annual event. There may be fewer than 400,000 African and fewer than 40,000 Asian elephants remaining in the wild, the Website says.