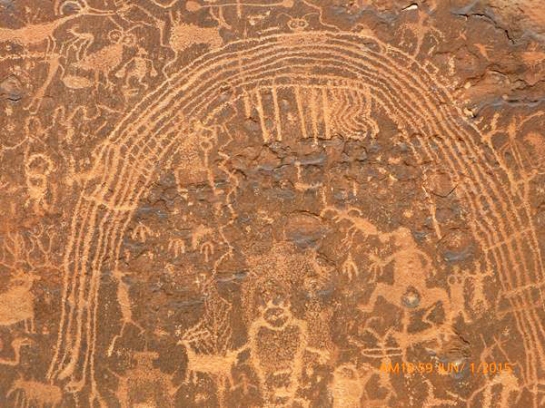 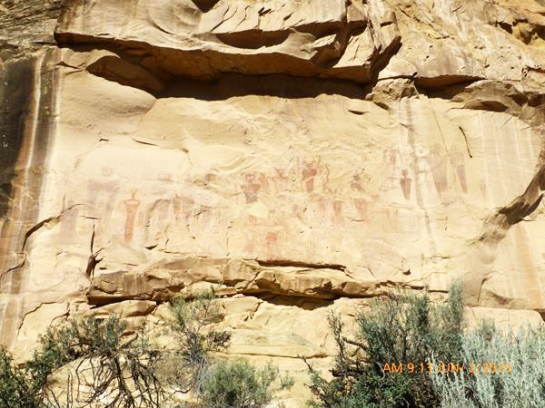 Detail of the Sego Canyon panel.

These beautiful photos were taken by Kirk Robinson, who writes this about them –

There is obviously a lot of meaning in these interesting figures, but it is hard to know what they mean.  Sometimes you can tell what individual images represent – desert bighorn sheep being the most common of the petroglyph figures in most of the West, but also deer, bears and birds, etc. – but other times they are mythical creatures or spirits that combine body parts from more than one animal.  Some look like images of prehistoric animals.  Others…