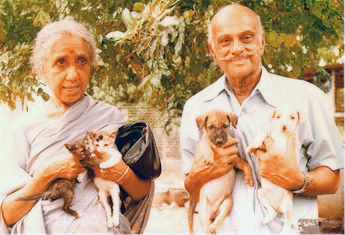 This is one of a series of stories about the early days of the animal welfare movement in India.

Blue Cross of India, in Chennai (Madras), was the first of the modern-style animal shelters in India.

For thousands of years in India, there have been goshalas, or sanctuaries for cows, and these still exist; many are run by the Jain community.

Around 300 BC, the emperor Asoka was the first animal activist known to history. He set up pillars all over India, some of which are still in place, with inscriptions of animal welfare laws that are to be followed. The first veterinary hospitals in the world were introduced by Asoka, with a requirement that the remedies to be used were to be based on the natural healing properties of plants.

As the first of the modern…