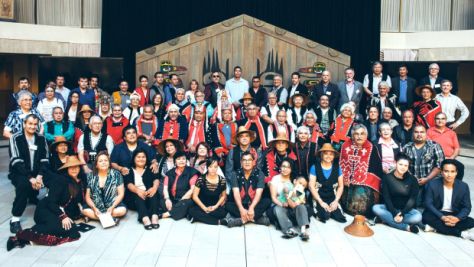 A First Nation in B.C. is contradicting recent claims from Eagle Spirit Energy about its support for a pipeline that would transport crude oil through its territory from Alberta to B.C.’s northwest coast.

Eagle Spirit Energy met with dozens of First Nations communities last weekend. On Tuesday, it announced that 200 representatives from 30 First Nations, including the Lax Kw’alaams, spoke out in support of the company’s proposed pipeline project.

“That’s not the case,” said Reece. “There’s some that support it, yeah, but that’s a handful of them.”