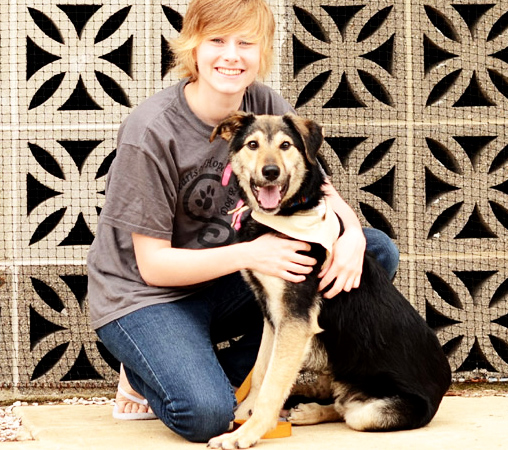 In the current crisis, Animals Lebanon is helping refugees from Syria and their animals, as well as an influx of animals from people leaving Lebanon. A brief update – for an earlier update, click here. – Editor

Now we have a woman from Syria who evacuated with her six cats. She and the cats are staying with us until we can get her and them a plane ticket, hopefully on Saturday.

We also have a whole new zoo to empty. I was here the day before the 2006 war and visited zoos in the south. So many of those animals died because they could not be reached, or others were given too much food at the end of the war. I don’t want to be in a position where the same thing happens to these animals. Two lions, two tigers, three macaws, and two crocodiles. The rest are local wildlife that can be placed here…

Photo: Courtesy of Animals Lebanon / Nacho was tied up his whole life and abused by people, until he was rescued by Animals Lebanon. Despite this history, he remained a very gentle dog, and he is now happily adopted in the US!